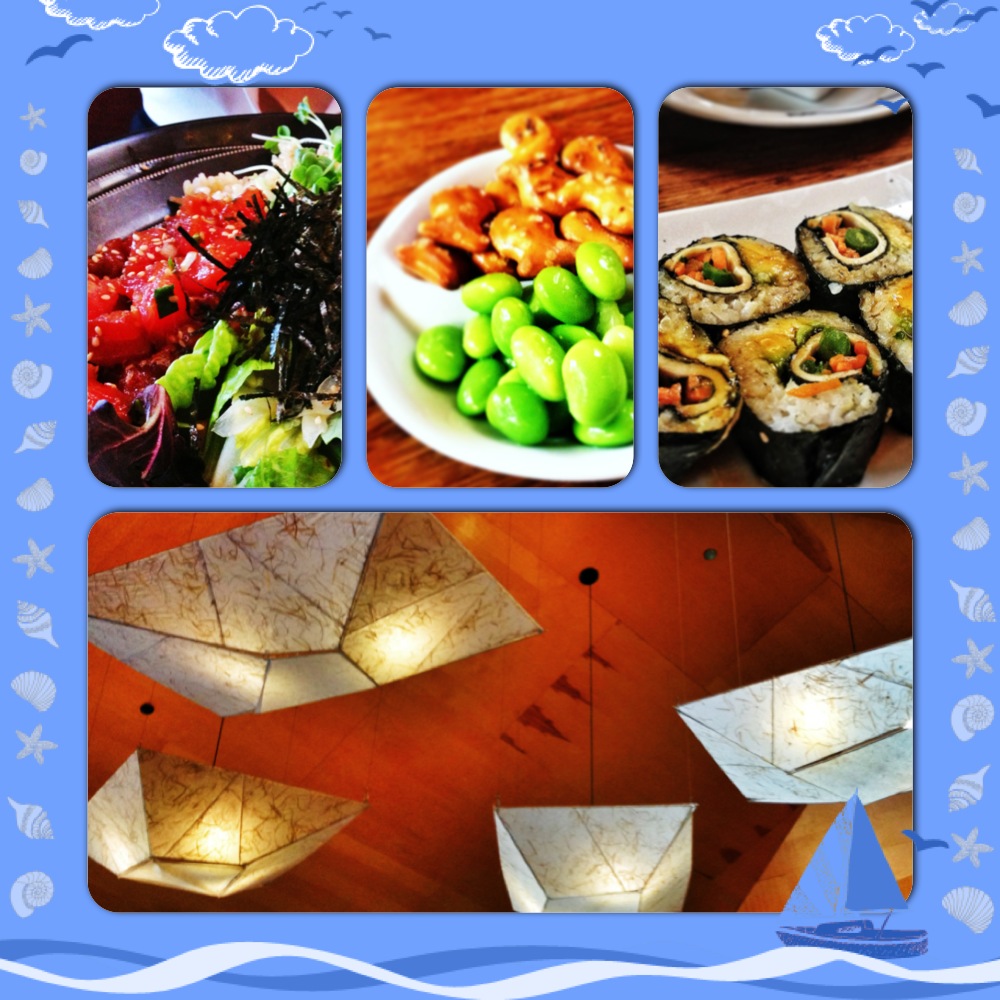 On a sunny (but windy) Sunday in the city, a group of friends and I stopped in to eat at Pacific Catch for dinner. We had spent the day at a musical rendition of Once on This Island, put on by my old dance troop’s company, and shopping at Target. It was a pretty fun Sunday. Here’s an epic pic of us during the intermission of the musical: 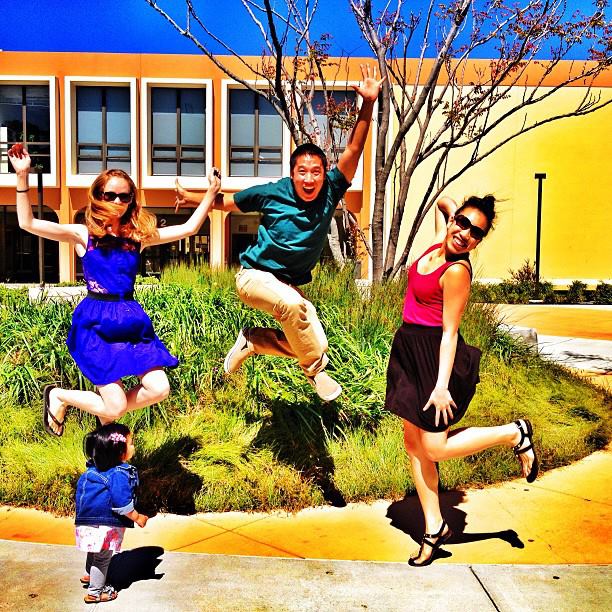 We worked up quite the appetite. Off to Pacific Catch! 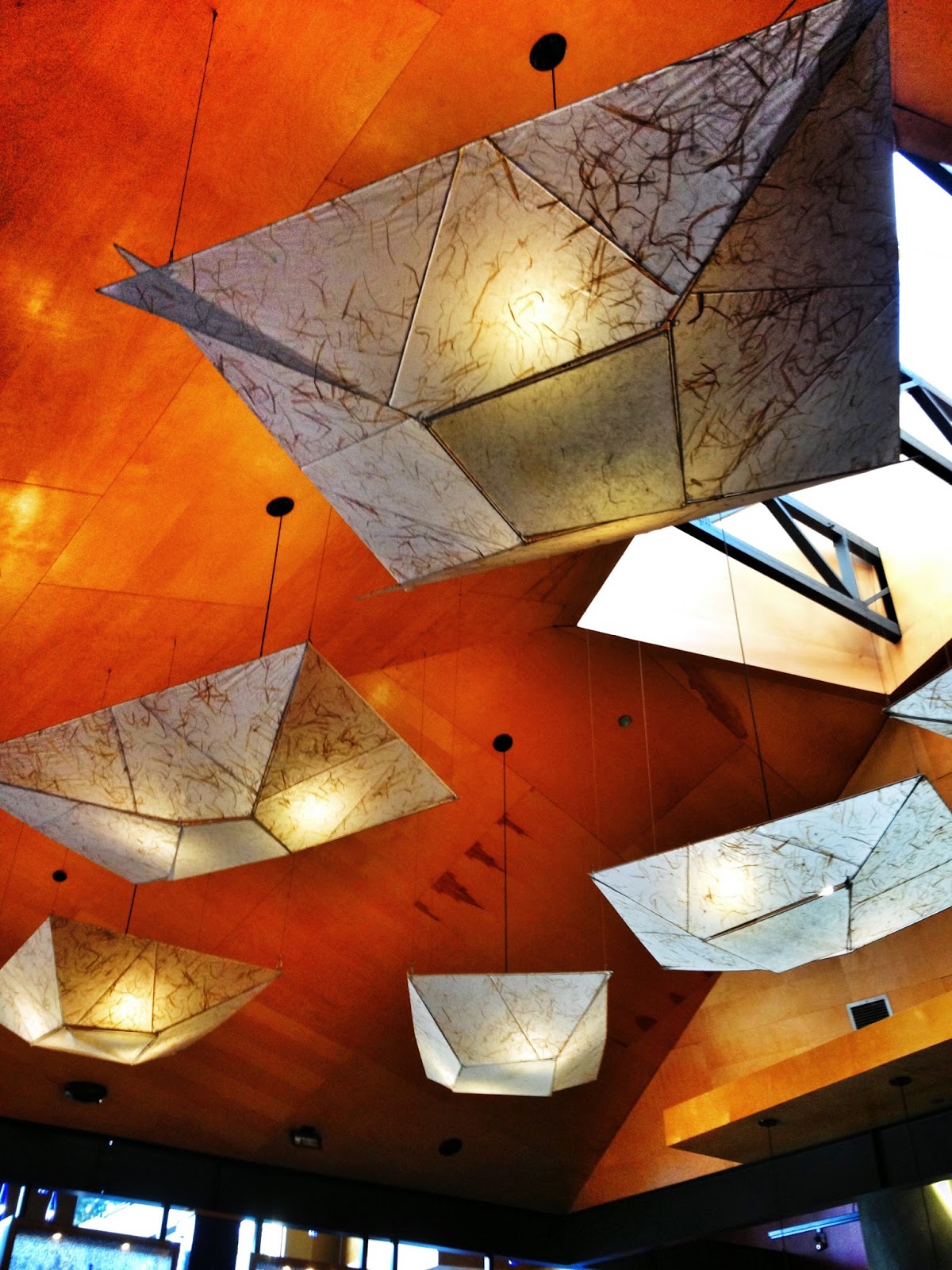 Ceiling (Skylight just out of view)

The atmosphere in Pacific Catch is really cool. It’s wide open, with a tall pyramid ceiling, giant lantern lights, and wide windows where the walls could be. It sits on a corner, so half the wall space is actually windows. This is great for letting in natural lighting and makes the space seem even bigger than it already is. 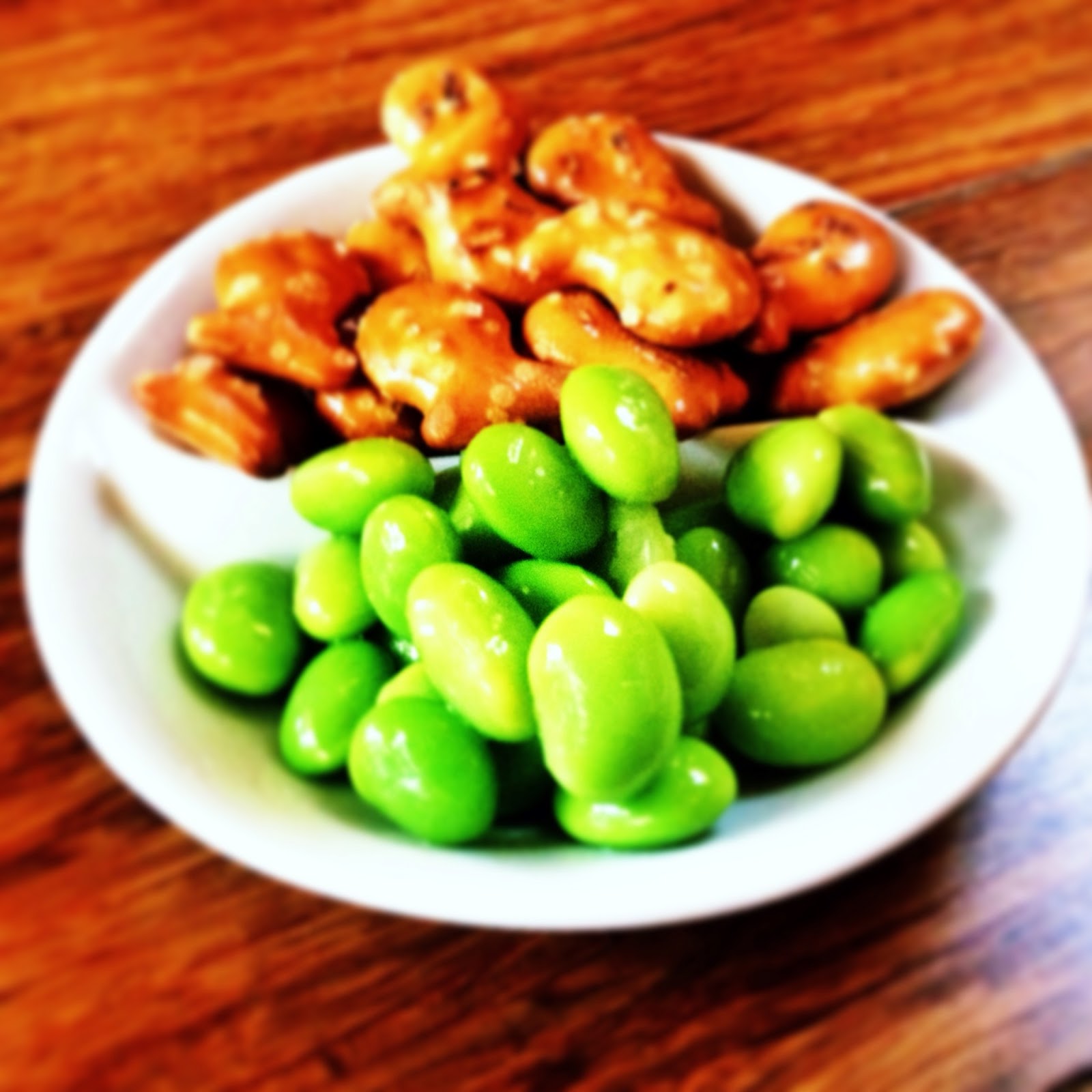 Delicious and healthy edamame! For those who haven’t tried edamame, think snow peas. The salted pretzel fishes gave an added kick of flavor. Great for whetting the appetite. 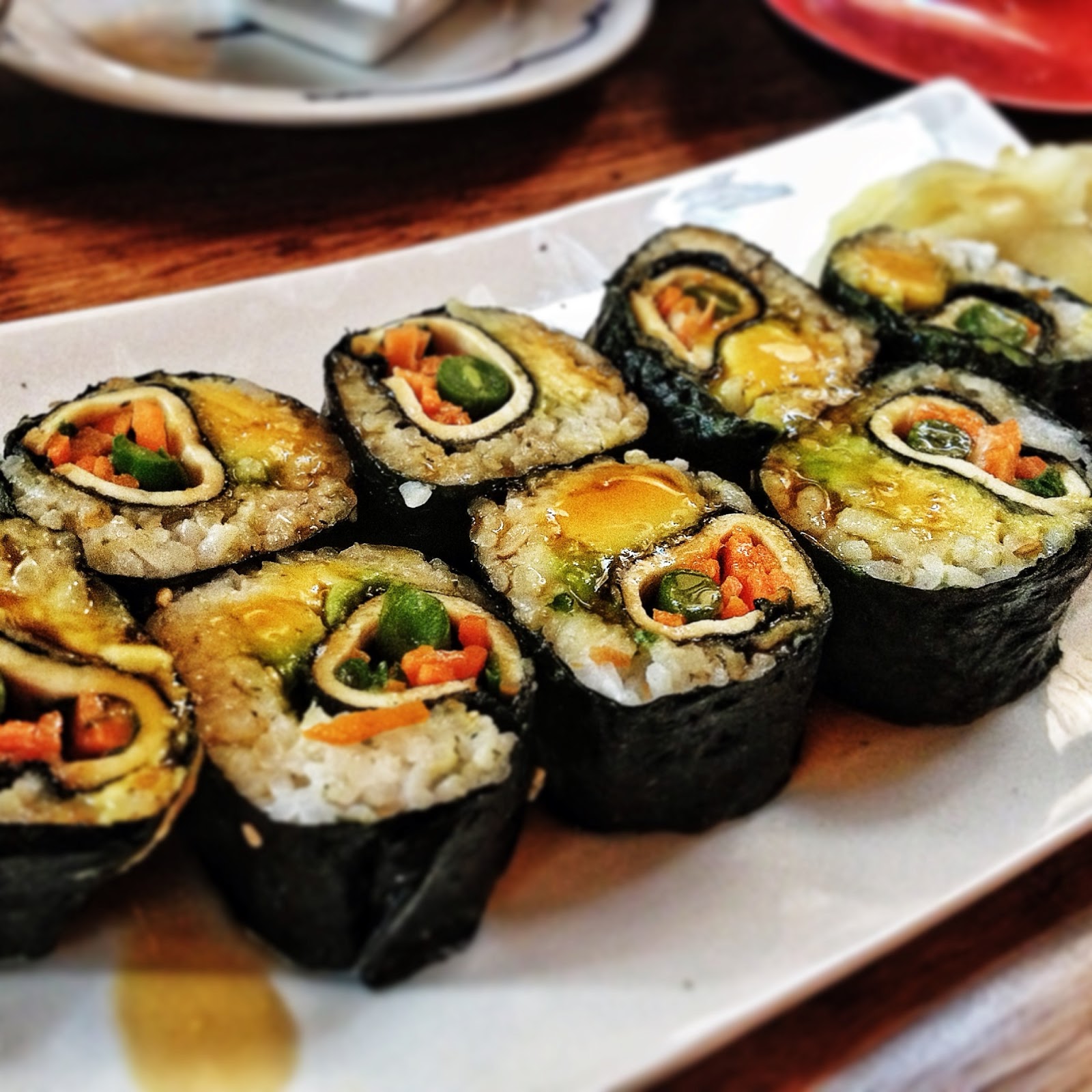 I ordered the delicious Sunset Sushi Roll you see above, which consisted of tempura sweet tofu, green bean, scallion, & carrot, wrapped with avocado, rice & nori, and drizzled with teriyaki sauce. I really enjoyed it – there wasn’t too much of an overpowering crunch from the carrots, so I was able to really taste the other ingredients and textures. The teriyaki sauce offered it’s great signature flavor. I also got a side of edamame just for kicks. 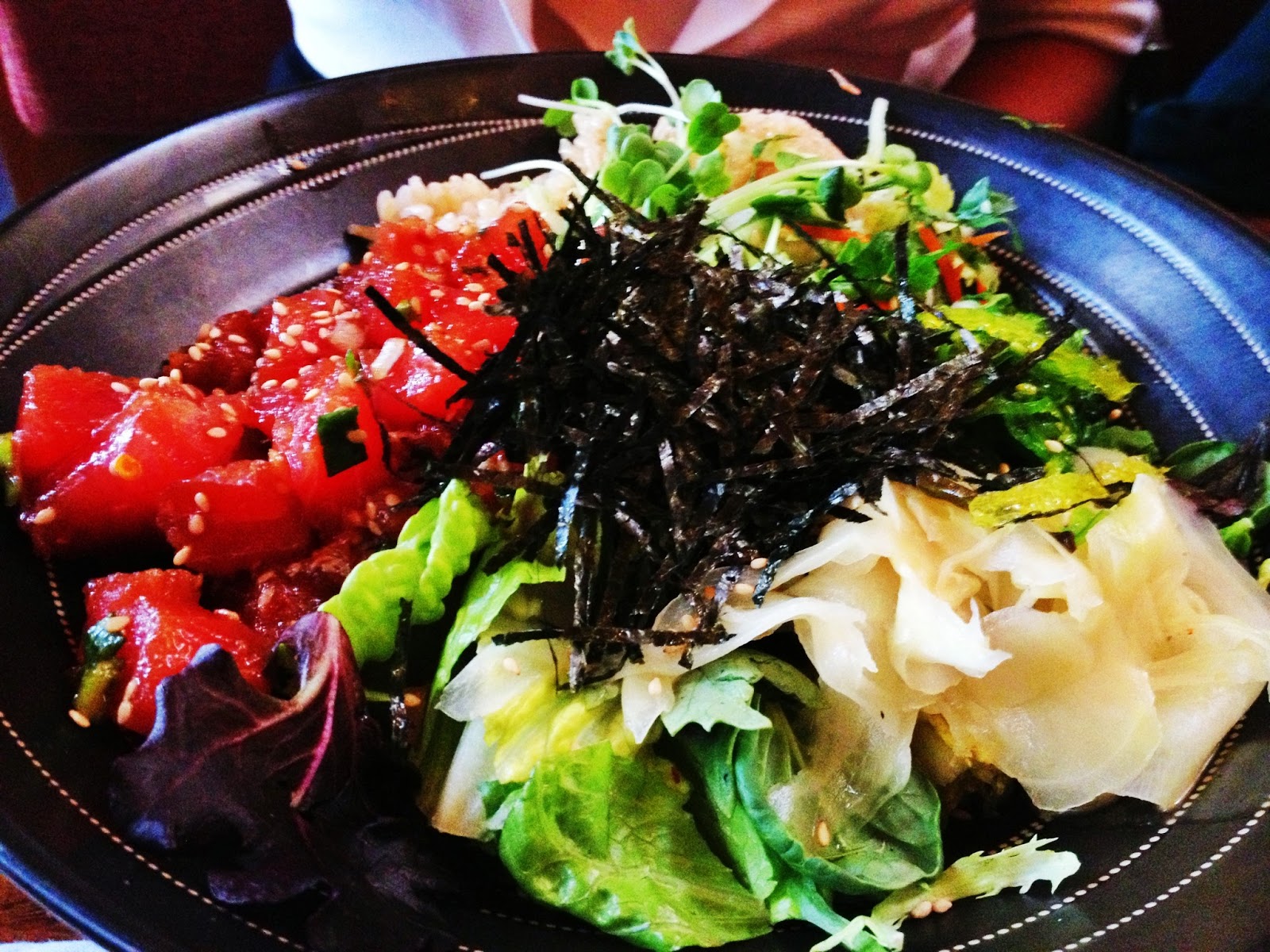 She also got the great Hinano beer, imported from Tahiti! Super points there. 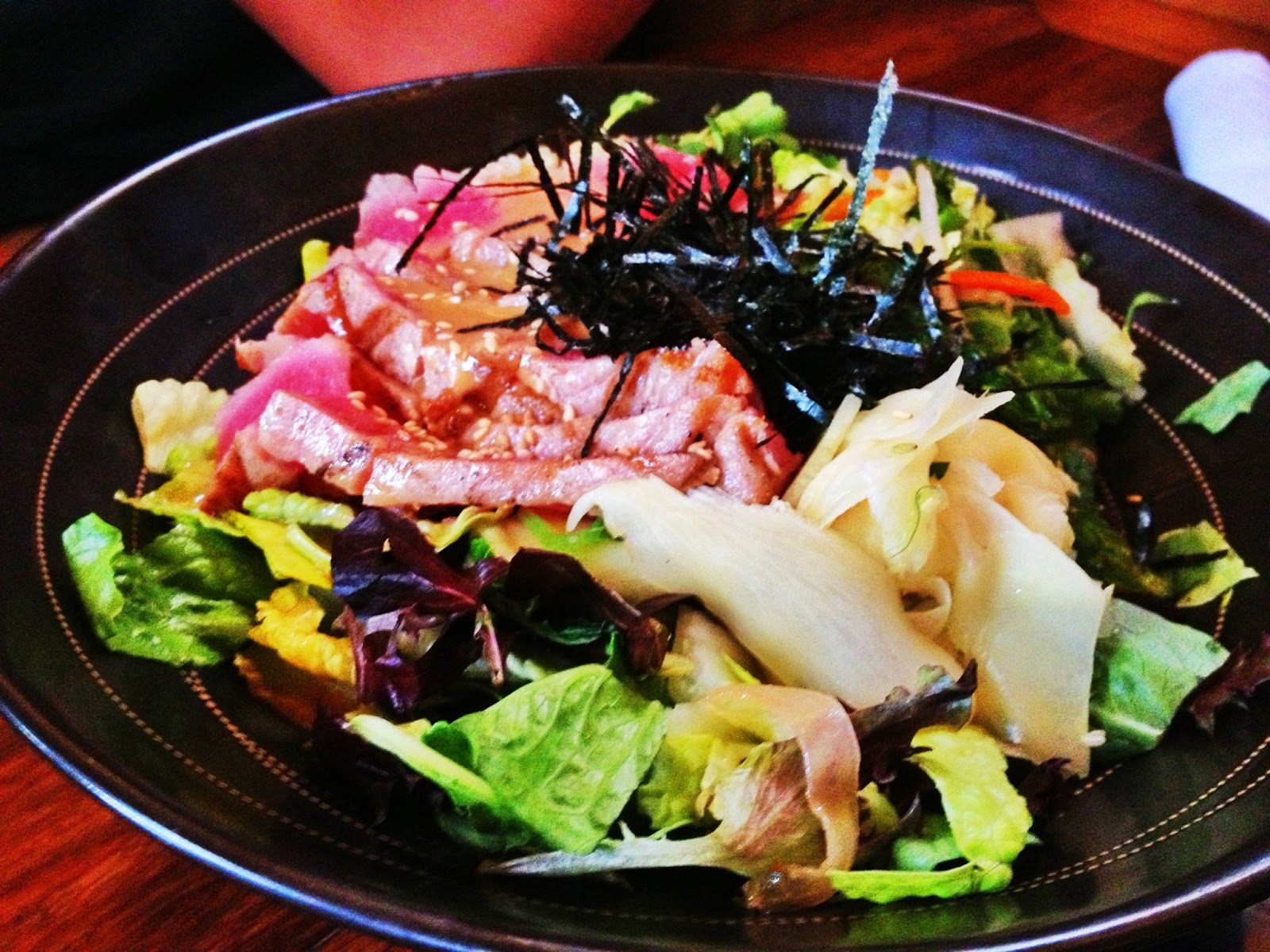 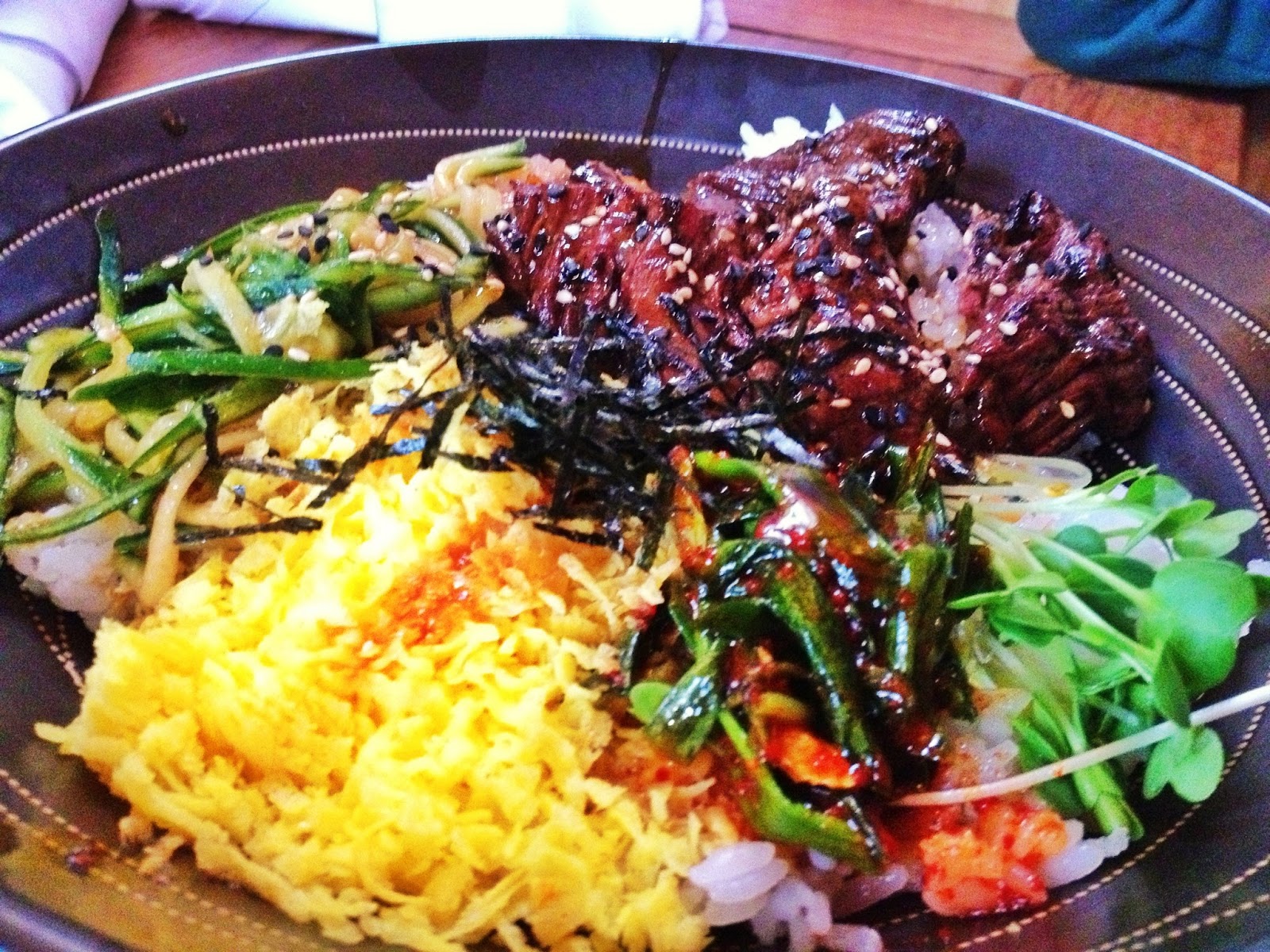 Food and ambiance were spectacular! Still can not believe they had Hinano imported from Tahiti.

The only thing lacking was the service. We came in and asked how long the wait would be for a table of four. They said about 15 minutes, and seated us near the bar. 40 minutes later, and we had not moved! We had to flag down someone to tell them we had been waiting. We were super hungry when we came in so this did not help. It wasn’t a huge deal, but if we had known it would’ve taken so long we probably would have liked to know so we could have ordered some appetizers.
Overall, the experience was a good one and a delicious one. I would definitely recommend Pacific Catch for anyone in the area who is craving some good seafood!